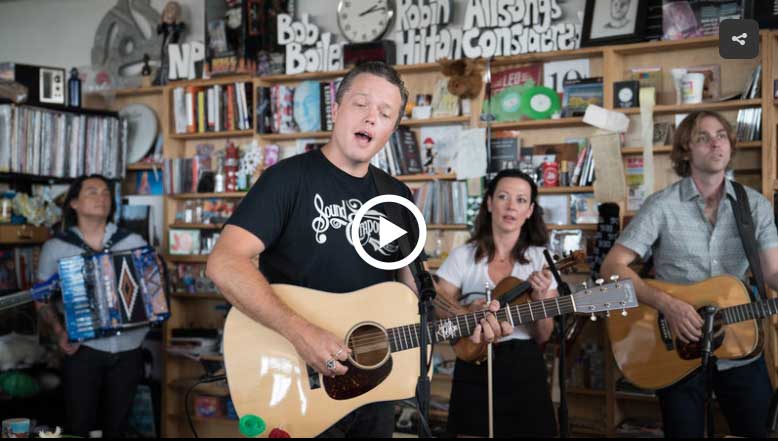 NPR's Tiny Desk Concerts is a series of intimate performances recorded at the desk (literally) of All Things Considered host Bob Boilan.

We only became aware of the series last year, so were surprised to learn it has been produced since 2008. With many dozens of desk concerts in the archive, our public radio torchbearer has been at this diversification stuff for a while. That's admirable. "Pivot to video" may be an agency punchline in 2018, but we can't discount the slow turn many legacy publishers have made to broaden their channels.

Above: Jason Isbell and The 400 Unit crowded behind NPR's desk this past August for a sweet three-song set.