Victor Hugo Green and the book of safe travel

Over the decades, thousands of travel guidebooks have provided valuable information for tourists and business travelers. Less common were printed guides that specifically sought to protect readers in their journeys.

In the era of Jim Crow laws, discrimination against blacks in America was widespread and legally sanctioned. Those African-Americans who had the means to drive automobiles faced a variety of hurdles while traveling, ranging from refusal of service to harassment and even arrest from overzealous police.

Green's book, targeted specifically to this segment of the population, provided state-by-state listings of places where the black traveler could find welcome, dignified accommodations. 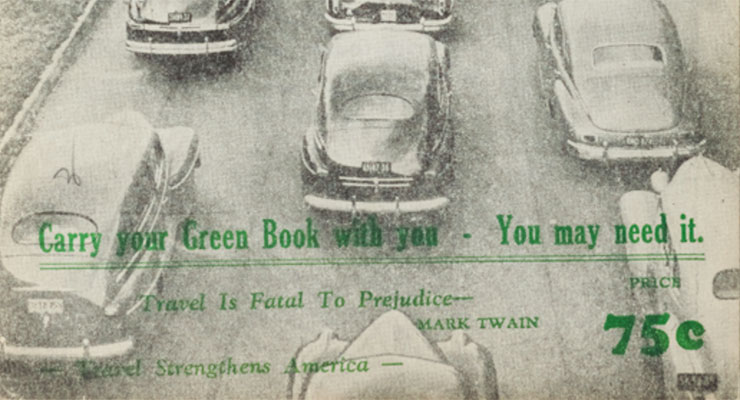 Segment of the cover for this 1949 edition includes...
Carry your Green Book with you - You may need it.
"Travel Is Fatal to Prejudice" - a Mark Twain quote
Travel Strengthens America 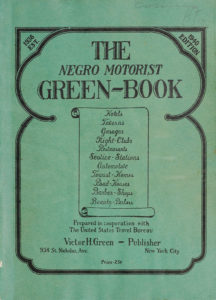 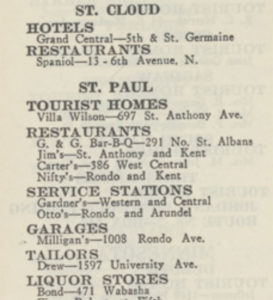 Much of each edition consisted of simple, two-column pages, listing, state-by-state, the lodging, restaurants and other services where a black traveler could expect dignified quarter.

From our perspective in the caucasian world, some of the language in the Green-Book reveals an uncomfortable truth. A common phrase seen in the guides is "to prevent embarassment."  Black travelers in mid-20th century America were entirely familiar with sudden and accidental descent into humiliating situations.

All it took was one belligerant racist – rarely in short supply, sadly – to trigger a confrontation. Empowered by their own ignorance and unrestricted by local governments, these obnoxious tools would not merely make a black man feel unwelcome. They'd relish the opportunity to put him down in a showy manner.

Still, hopelessness did not rule the day. A graph in the book's introduction from 1949, still more than  decade from the Civil Rights era, saw a time, "in the near future," when a book of this nature simply wouldn't be necessary.

That time came in 1966, two years after the Civil Rights Act of 1964. The new federal law, among other things, outlawed discrimination in public buildings and business accommodations.

Nineteen sixty-four. Way too late, we can all admit now. And the gains are by no means secured, as we're learning yet again.

Victor H. Green passed away in 1960, and wasn't witness to that last edition of the Green-Book in 1966, nor to the marches and other advancements of that decade. 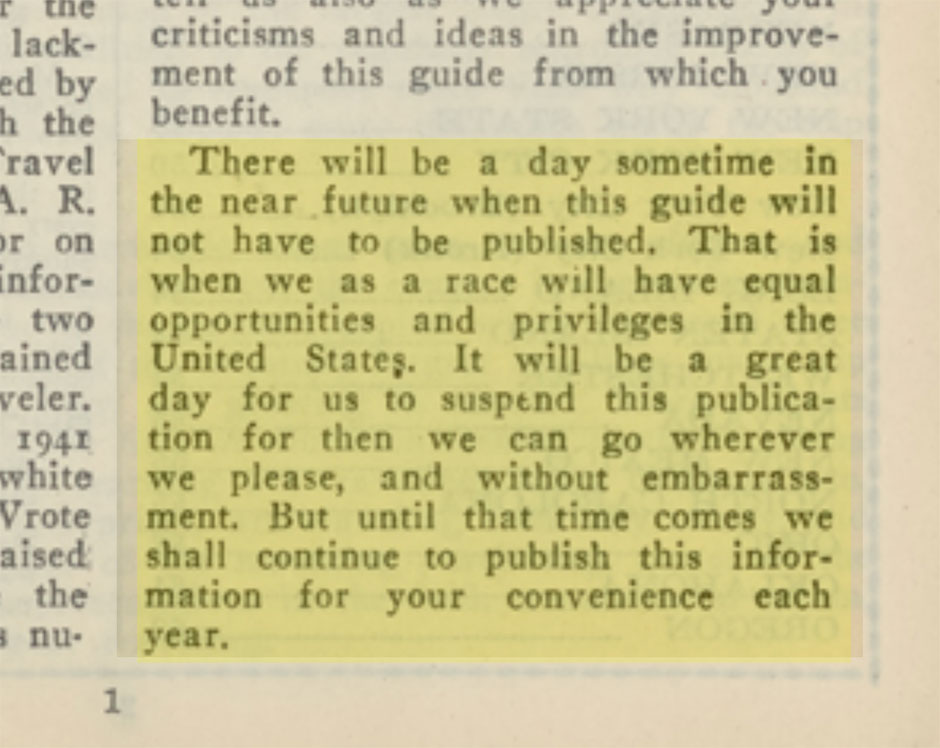