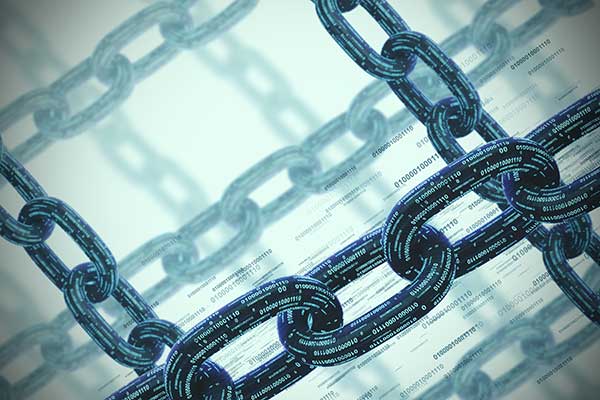 Update, late fall 2018
Civil's blockchain crypto sale failed to reach its minimum target, sending this method of funding journalism into uncertainty, for the time being.  This 2018 experiment proved that tokenization as a revenue method still needs to break out into mature editorial circles. Meantime, Civil newsrooms appear to be going ahead with more traditional funding sources like paid newsletters, donations, subscriptions and podcast advertising revenue.

Our advice
Continue to keep an eye on blockchain, as well as its naysayers. We've certainly not heard the last of it. But current status is maintained as experimental, rather than emerging technology.

Making sense of the blockchain and

As a new experiment in funded, independent journalism takes root, momentum is building.

Just weeks ago, few had even heard of Civil, a decentralized yet deliberative experiment in sustainable journalism.

Then Civil added a newsroom comprised of former Denver Post staffers – seasoned and respected professionals all – that will launch soon under a banner of The Colorado Sun. On the heels of publicly-aired staff discontent at the Post, the new affiliation of well-known Denver-area journalists and a crypto technology initiative raised a few eyebrows, while garnering cheers. The Denver Post has had to endure the terrible ownership of Alden Global Capitol, one chapter of a common refrain where vulture investors reduce proud newspapers to scrap while caring not a whit for journalistic mission.

While the idea of another independent, news-oriented startup seems universally positive, the Colorado Sun press conference raised as many questions as it answered.

Surely, many magazine-style web indies have popped up in recent years and more than a few have found success, producing quality journalism while keeping the virtual doors open and the bills paid. MinnPost comes to mind, right here in our own region.

But what was all this stuff about crypto-currency and a blockchain? Given the roller-coaster dynamic of Bitcoin – the much-talked-about, little-understood poster child of crypto technology – people are understandably skeptical. How would an esoteric digital scheme be a game-changer in the world of journalism?

As it turns out, the blockchain has potential that is almost hard to imagine. Bitcoin was merely the first iteration of a method that will turn out to be way, way bigger than a bunch of nerds getting rich on fictional money while draining the world's CPU resources. Blockchain's distributed ledger figures to encompass everything from personal banking to global supply chain management to government accountability. And, yes, publishing too.

Will this disruption be a good or bad thing, on the whole? Our best bet is that, just like the onset of the public internet, there will be plenty of positive, even thrilling advances for consumers, balanced to some degree by darker forces.

Or, will all this "blockchain, crypto whatever" just fizzle out into nothing? Impossible. While the terminology itself may well fade, that would only be due to the blockchain becoming so ubiquitous as to no longer need labeling. The principles that define the blockchain are here to stay.

It's far too early to know if Civil's experiment wedding blockchain data, crypto-currency payments, and content creators will yield sustainable results. But in the short time we've been watching Civil, their enthusiasm, game plan, tech chops and roster of high-quality content creators comes across as the best idea in long while.

Best way to get your head around Civil and the blockchain

Subscribe to a wonderful new podcast called ZigZag. Manoush Zomorodi and Jen Poyant recently cast away "employee" status and launched their own media business. With ZigZag, they chronicle the ups and downs as women entrepreneurs. Just like the budding Colorado Sun, they've joined Civil's first fleet of publishers, and are learning about the program in real-time. In the podcast, Manoush and Jen do a grand job breaking down what blockchain means without all the crypto-babble. 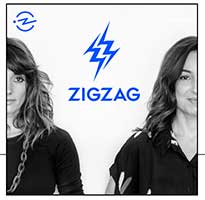 The podcast is still quite new (Episode 5 aired during this July 4th week). We recommend listening to the episodes from the beginning, in order to get caught up properly.  Episodes are 20-30 minutes and scripted, so the pace is both lively and informative. You'll come away with a pretty decent understanding of what Civil is about.

Blockchain Technology Is Set to Disrupt Every Industry — and Music Is Next - by Nicolas Cole on Medium.

from last October: Civil, the blockchain-based journalism marketplace, is building its first batch of publications - by Ricardo Bilton for Nieman Lab

See the first fleet of newsrooms that will be running on Civil, and learn more about how it works. 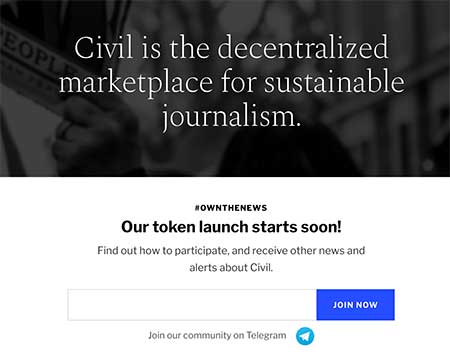