Language of the sportswriter, 1919

As Opening Day 2018 arrives, we glance back 99 years, to this piece from the sports section of the Minneapolis Morning Tribune, just as that year's baseball season was about to get underway.

Babe Ruth was already a well-known figure in the game, as both a star pitcher and hitter for Boston, unusual even for that time. Going into the 1919 season though, Ruth wanted to finalize his shift, begun the year before, to everyday player.

Ruth isn't the best gardner in the league but with Strunk in center and Hooper in the right pasture Boston will not be weak in the outer works. Ruth is a dangerous hitter against all sorts of pitching, but particularly does he star against the right-handed flingers.

Despite his wishes, Ruth would still be used as pitcher for a while, starting 15 games that year. But his 29 home runs broke the major league record, secured his role in the field, and set the stage for a trade to the Yankees in December, where he would dwarf his own home run record in the years ahead.

For American newspapers, the Babe Ruth era ushered in a golden age of coverage for the national past-time. While 1919 would be remembered for the "Black Sox" World Series fixing scandal, Ruth and his Yankees in the 1920's would help to escalate baseball's role in the newspaper business. 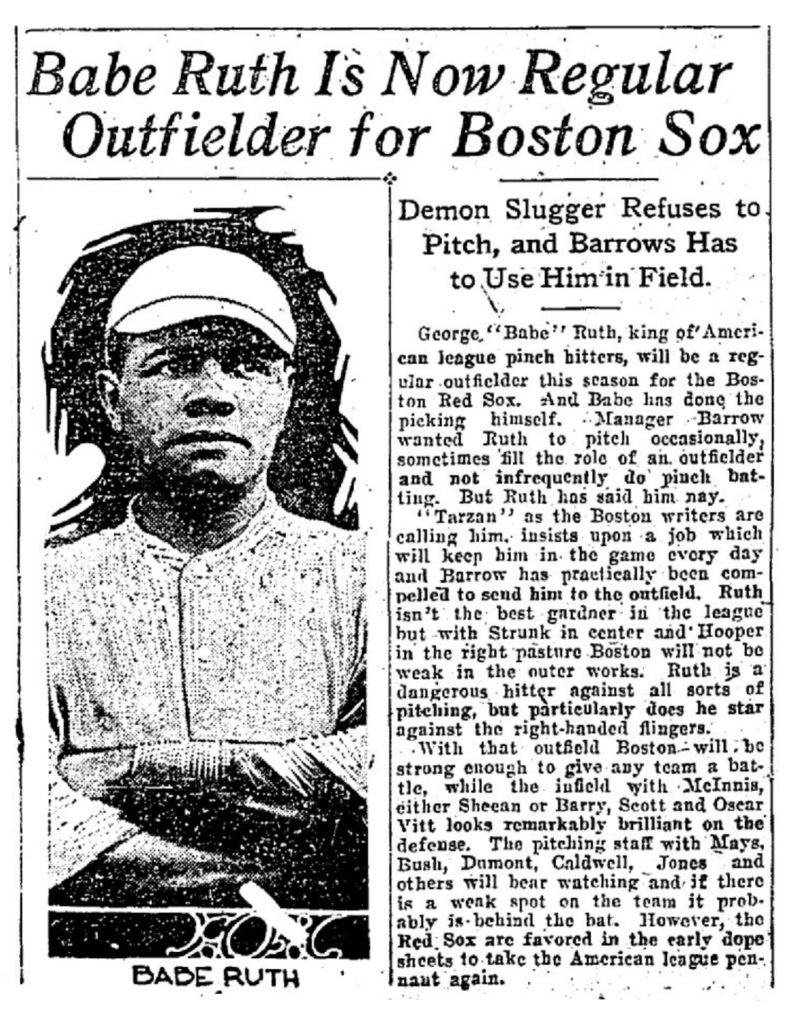